“Strength doesn't come from what you can do. It comes from overcoming the things you once thought you couldn't.” — Rikki Rogers

Oftentimes, overcoming the myriad of obstacles in everyday life can seem a little overwhelming. This can be even more true when on top of it all, you are struggling with a disability or other challenge that not many people around you are facing.

But I want everyone to know that no matter what obstacles you are facing, it’s still worth your while to follow your dreams! It might be hard, and the journey might be long, but in the end it will pay off.

Even in the short amount of time I’ve been pursuing a more fit lifestyle, I’ve seen changes in myself that surprised me. I haven’t reached most of my goals yet, but even so there are so many big and small positive changes that the transition will be worth it even if I don’t reach them.

I wanted to share some quotes from some famous athletes who have embraced their own disabilities and pursued their dreams. It wasn’t easy for any of them, but somehow they found the strength to get them where they are today.

I can’t write a post about inspiring, disabled athletes without mentioning the Soul Surfer! Bethany Hamilton has been surfing since before she can remember, and when she was only 8 years old she won her first surfing competition. At the age of 13, she was out surfing with friends when a 14 foot long tiger shark attached her, severing her arm and taking a good chunk of her surfboard with it.

Luckily, her friend’s father was able to get her to a hospital rather quickly, and she survived. But she was worried she would never be able to surf again. Through lots of courage, determination, and (of course) support, she was back on the surfboard one month after leaving the hospital. Here are a few quotes from Bethany about her disability and getting back to surfing:

“One arm might handicap me a little in competition, but I just work with what changes I know I have to make, and I’m pretty used to it now. It mainly depends on the wave conditions… I only get half the waves everyone else rides, so mine have to be good!”

“Strive to find things to be thankful for, and just look for the good in who you are!”

That last part is so important – to focus on the good, on the things we can do, and be grateful for that all along the way.

Jim Abbott was a Major League Baseball pitcher and Olympic gold medalist who was born without a right hand. He distinguished himself early in his career, and by the time he was in college he was already distinguished at the nation’s best amateur athlete. 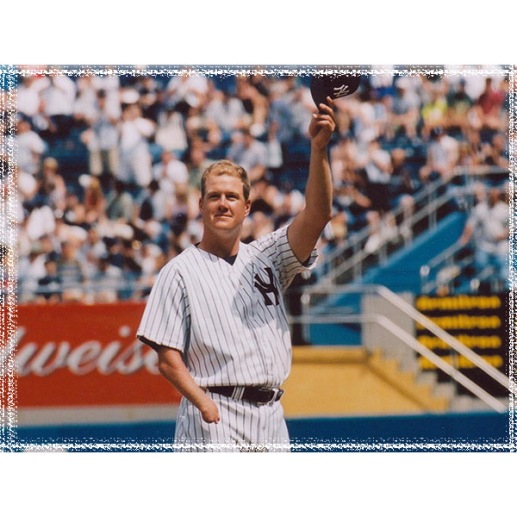 Here’s the thing – as you may know, The Rock has never suffered from a physical disability like a missing or paralyzed limb, or a debilitating injury; at least as far as the public knows. But he has been very vocal about his struggled with depression. I’m including him on this list because many people don’t realize how depression (or many other mental illnesses) can cripple a person just as badly as a physical injury. It’s just as hard to overcome.

In this video, The Rock describes his first bout of depression which came on in his early twenties, after being kicked out of the CFL and rejected from the NFL. He had to move back in with his parents. For a month and a half, he couldn’t bring himself to do anything but clean the apartment – “That’s the only thing I could control,” he said.

“I found that, with depression, one of the most important things you could realize is that you’re not alone. You’re not the first to go through it; you’re not going to be the last to go through it. I wish I had someone at that time who could just pull me aside and say, ‘Hey, it’s gonna be OK. It’ll be OK.”

“Hold on to that fundamental quality of faith. Have faith that on the other side of your pain is something good.”

Maynard was the first quadruple-amputee to climb Mount Kilimanjaro without using any prosthetic limbs. In addition, he has also won awards for wrestling and weight training, as well as training in Mixed Martial Arts.

“Yeah, there were a couple of doubts that I couldn’t. But I don’t really look at those. I just look at what I can do and what I will do.”

“It’s important to realize that anything truly worth having in this life is going to be hard, and sometimes we may have to fail hundreds of times before we break through and succeed.”

3 thoughts on “4 Athletes on Overcoming Disabilities”